The Ngalia Basin is an intercontinental trough filled with Late Proterozoic to Carboniferous age sediments and surrounded by the Proterozoic Arunta Block, its dimensions are 300 km in east-west length and up to 70 km wide. The Ngalia Basin is a uranium rich area, it is host to a number of Elevate’s uranium projects as well as other uranium projects. 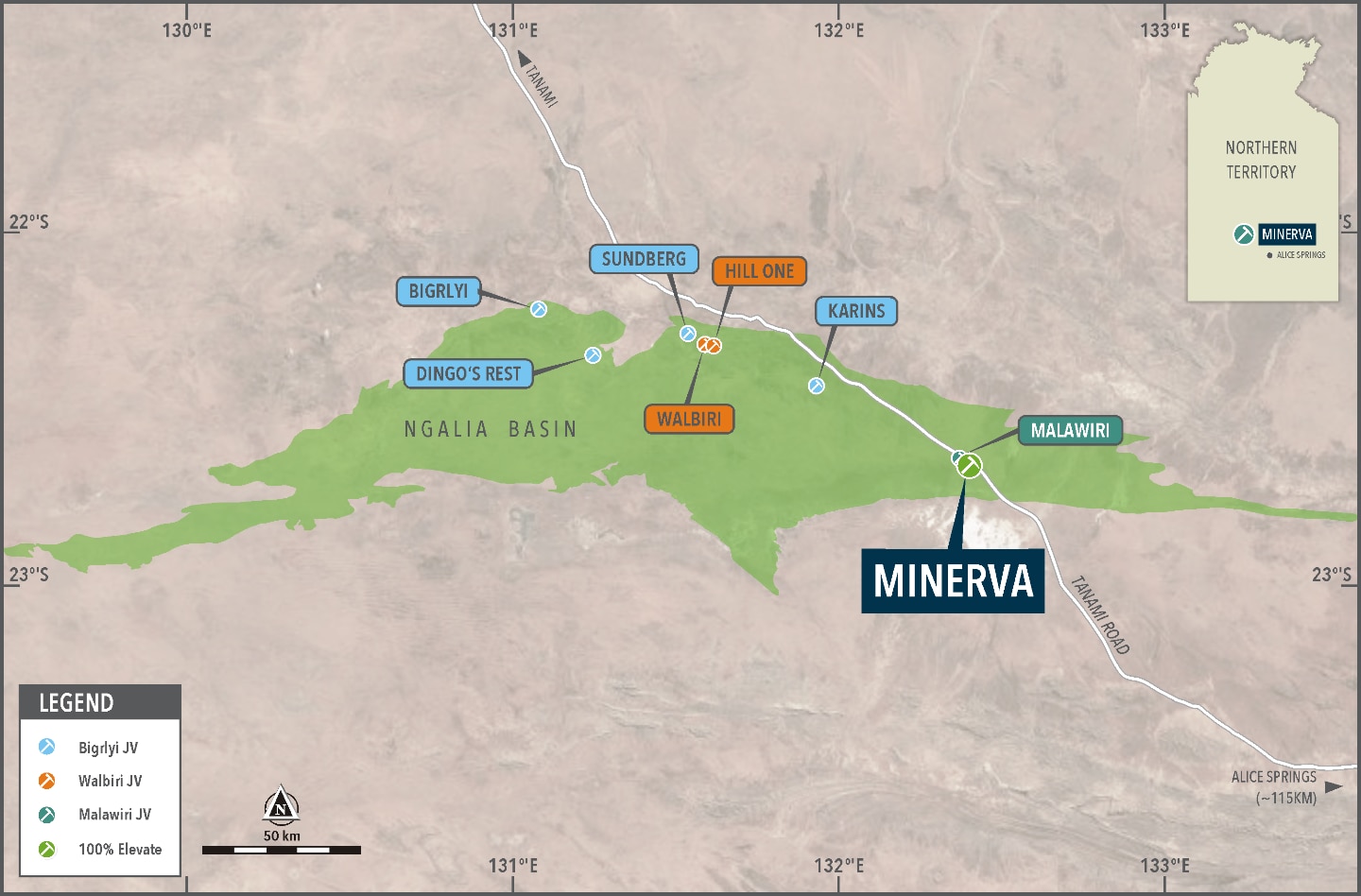 Minerva was explored by Agip Australia Pty Ltd and Central Pacific Minerals NL during the 1970’s and early 1980’s. A number of drilling programs were completed but a JORC resource has not been estimated.

Significant uranium intercepts from drilling include:

In addition to the high-grade uranium mineralisation, high-grade gold was present in one of the two drill holes on which detailed gold assays are available. Hole Y153RD included 0.5 m at 19.2 g/t Au from 143.5 m, and 0.5 m at 2.3 g/t Au from 141.5 m, with the gold intervals contained within a broader uranium mineralised zone of 8.5 m at 653 ppm U3O8. A second drill hole assayed for gold (Y160RD) did not contain either uranium or gold mineralisation.

The presence of significant gold values in hole Y153RD suggests that there is potential for additional gold mineralisation to be associated with the existing uranium mineralisation within the deposit. 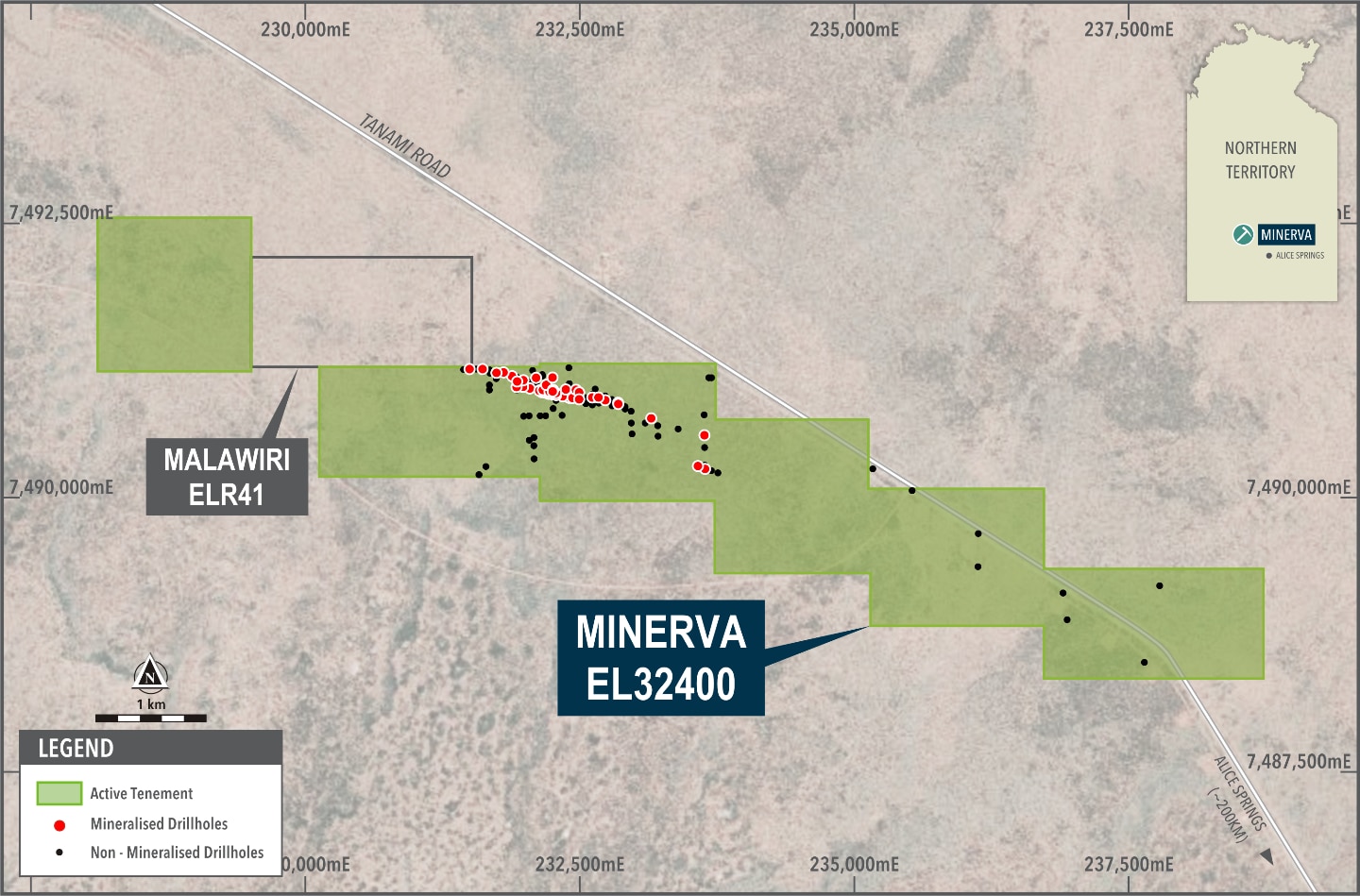